So, although I intended to get an early night, I couldn’t get to sleep until 2 am then woke up again at 4 until finally passing out at about 7. I’m not used to insomnia and pulling myself out of bed at 11am was a struggle. I don’t normally get jet lag going back in time, but somehow the day has been more of a haze than Sunday. More migas and coffee on my morning amble took me to bannau’s coffee shop . So hip it hurt, but a good friendly hurt with old sofas and chipped crockery. Almost everyone was sat at their laptops or iPads, everyone. The complimentary power supplies hanging from the roof do encourage it though. My cappuccino was a bit disappointing but the pizza slice was darn good.

Again I walked to downtown with camera in hand soaking up the east side  atmosphere and ended up in the empire club, a re-appropriated auto garage and went to a VJ meetup in the main dance floor. A handful of local beamers we’re taking about their techniques and I met Topher Sipes, a local media artist, born in Bedford, raised in Texas. He’s projecting for scrillex on Thursday night in the garage – so if I can’t get tickets to lady gaga playing in the BBQ next door (unlikely) I’ll try my hand there instead.

I met up with a friend from town who I met at a wedding in Italy last year (it’s a small world) for some margarita and tequila before he and his wife and friend had to get the ‘last’ train (at 6.30!) back up to the northern suburbs . Bleary eyed and a little legless I wandered the streets looking for my RSVP’d parties. I couldn’t get into he Wes Anderson talk and screening of Budapest hotel ( no surprise there) and I missed the party at the Jones centre contemporary gallery. Tired and disillusioned I west eastward where I’ve found the onion party in the Mohawk club. Chet faker on the decks and cymbals are out back. I thought I saw Donald Glover in the audience (it wasn’t) but it’d be fab to see him play this week. I’ve been told he’s doing an afternoon party on Wednesday, so I’ll try my luck if I remember. Now it’s bed time for reals. 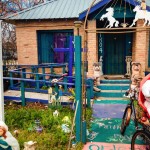 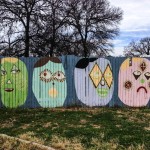 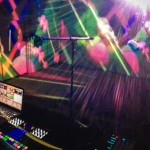 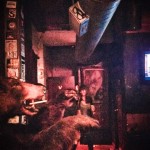