Taking another bite out of the apple.

This is the fourth time that I’ve been lucky enough to visit New York, the town named twice, and doesn’t get much sleep. Each time, it’s that little bit more familiar, which in its own way makes there even more to discover. I think all cities of a certain size have this ever unfolding sensation, with infinite pockets of history, hidden treasures held together with an expanding newness and buzz for being THE PLACE to be. This place just seems to do it more so, and it knows it

This trip is part week break and part family catch up. My parents have lived in Richmond, Virginia since moving to the states fifteen years ago. Unfortunately due to various health, pet and fiscal issues, they’ve not managed to explore this vast and varied continent as much as they perhaps would have liked. Recently they’ve caught the traveling bug and after visiting Jamaica earlier in the year, they’re finally making it to New York, NY and for my dad (who’s an architect), I know it’s kind of a big deal, so it seemed a good as place to meet up on my annual visit for a change.

My first leg of the trip was from Cardiff via Schiphol (which afforded me enough time to pop into Amsterdam for lunch and an icy beer on the Singel) then arriving in New York Friday evening.

I’ll never forget the first time I came to New York “it’s like being in a movie!” Everything about the place felt unnervingly familiar : the yellow cabs, the steam rising from the roads, the lights of Times Square, Massimo Vignelli’s subway way finding and of course the iconoclastic architecture — towering skyscrapers lifted from countless Hollywood pictures wherever you look! I fell in love with the place, and I do regret not taking advantage of the Erasmus exchange while at art college, or at least giving it a go in the Big Apple after finishing university. Every visit since, I feel an ever depleting percentage of that first rush of excitement to my senses, but there’s nothing quite like your first time. It’s one of the few places in the world I can honestly say I feel at home in – of course I’ve only popped in for fleeting stays, but it does feel as though one could be the most famous person in the world here and also anonymous at the same time, a melting pot of refuges, freaks, musicians, artists, business folk and chancers, looking to find their dream, their voice, their fortune, or outlaws simply looking to hide in the depths of the Gotham megalopolis. 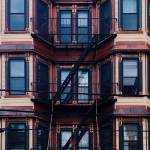 Love me some egress 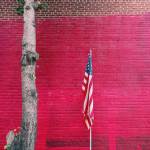 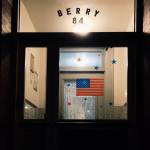 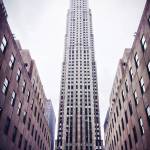 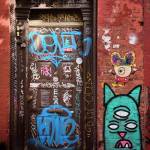 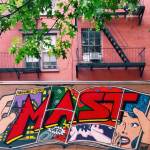 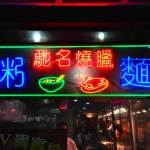 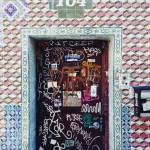 I’ve spent the last few days walking the high-lines of Manhattan and the East side avenues of Brooklyn until my legs have been ready to fall off doing a number of the must-do tourist points with my folks – we got the lift to the top of the Empire  State Building for a wonderful sundown view and went to the roof of the met after a picnic in Central Park, and on our last night ate Shabu Shabu in Chinatown 🙂 I know my Dad had an arm long list of things to see and do on his itinerary, and inevitably I think we probably only scraped the surface. In the throws of the mean streets and walking for blocks that seem so small on a map, each hour and day slips by until someone gets hangry in the rush to the right subway station and it’s way past everyone’s dinner time and feet and backs and minds are frayed. I know we could kick ourselves for not fitting in all in, but I guess that’s the nature of the beast. 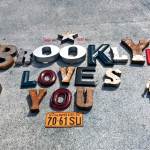 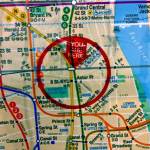 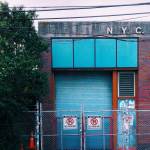 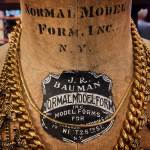 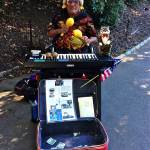 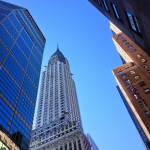 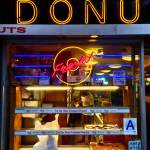 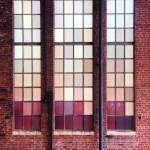 Despite fitting in a handful of my own whimsical itinerary (not including lunch dates) I did get to spend an afternoon at PS1 at an art-book fair and saw a great performance by Gang Gang dance, had fish tacos in Williamsburg, got excited by art again at the MOMA, and generally despite myself, fell in love with New York all over again. I met up with friends who have made NYC their home for lunch and went for dinner and a beer with a couple that live round the corner from me in Cardiff — We never get round to catching up in The Welsh capital but after bumping into them at Williamsburg market on Sunday morning it made sense to that evening!

However, I did manage to not: have a hotdog at Coney Island, or drop into some of my favourite design studios while in town.

Id like to think there will be a next time in the not too distant future, and who knows – maybe one day lady liberty will come a calling me.