Getting Down the Garonne

As an early Summer break, my wife and I thought it would be worth taking a chill week off and visiting France. Despite having traveled to a fair few far flung places, I’d not been to France before, and felt it was high time to dredge up my pigeon language skills and bag a baguette. We also wanted to make sure we could spend some time doing nothing bar drink wine and eat fine cheese, so we booked an Air BnB stop over in Paris for two nights before heading on down to the Bordeaux region for some R&R.

Paris is certainly on my list of places to visit, so it rather exciting spending a few days traversing the tourist traps, catching fleeting views of the Louvre, Arc de Triomphe, Eiffel tower, Pompidou centre, dipping croissants in hot chocolate and munching on some delicious entrecôte and frites. Paris befitted all the romantic stereotypes – it was as crowded, stuffy, impersonal and urine scented as I’d always imagined and I can’t wait to visit again one day with a bit more time on my hands.

Taking the TGV down towards Bordeaux, we arrived at our home for the next four nights – the Chateau le Bosquet des Fleurs, near the petite village of La Reole. Our host Karine, kindly picked us up from the train station and upon arriving at her chateau home, left us with a bottle of her own wine. We had arrived Sunday evening, so expected the nearby village to be pretty quite, but were pleased to find a pizzaria still open. What I don’t think we quite realised was that the village would also largely be closed Monday, Tuesday and Wednesday with cafes and restaurants finally waking up Thursday evening. If living the dream means only having a two and a half day week, I’m in.

Our first day was spent exploring the rough round the edges village of La Reole. There is a sense that it may have had it’s day, but there were some charming highlights in this medieval settlement that was once the seat of French democaracy: The fantastic crepêrie, L’échoppe serving up delicious and cheap galettes and crepes, the ever reliable boulangerie and the picturesque monastery that sits on the edge of the village looking out over the river Garrone which provides the setting for Gustav Eiffel’s first major work – the bridge across it. 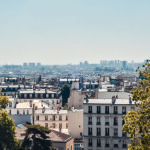 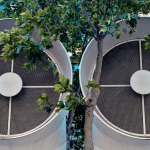 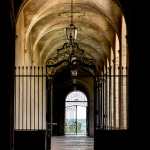 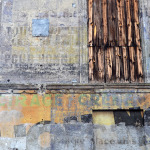 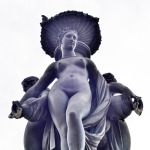 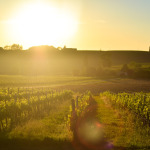 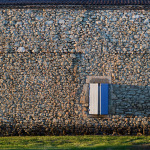 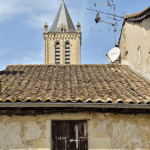 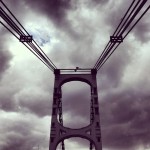 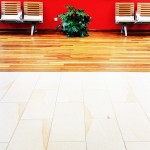 Hopping on the train to travel further down the river, we visited Bordeau for a day out. Once the jewel in the wine producing region’s crown, it’s a vibrant multi-cultral city with a surprisingly unpretentious, but creative air and a laid-back atmosphere. the grey drizzle may have exposed it’s more gritty edges but we enjoyed lunch at less than half Paris prices and visited the excellent CAPC musée of contemporary art set in an old colonial warehouse
That was showing a piece by Tomoaki Suzuki.

After a rainy day schlepping about the chateau, having a chilly dip the pool, playing cards and catching up on some reading, we paid for a home cooked meal by our host. Karine cooked up a treat of wine poached egg salad, slow cooked duck and potato gratin all washed down with wine made from the vines in view from the window.

Visiting the nearby town of Marmande was unremarkable, not least due to us forgetting that the town would shut down for about three hours over lunchtime – again, something the French seem to do so well 😉 However, I did partake of a popular lunchtime delicacy – steak tartare. Not through the typical foolish Brit abroad mistake, but I genuinely wanted to try it. The plate of raw chopped beef was presented with a raw egg and herbs to mix up and I munched it down with a side of fries. Interesting!

My French trip was ever so fleeting, and I can’t wait to visit more of the country. I was surprised how quickly my terrible GCSE language skills came back to me and how accommodating and down to earth people were towards me at least attempting some Francais (yes, even in Paris).  Despite being a bit cliché, The food was great overall, and far more simple than I had expected. It’s the simplicity of meat and potatoes or bread and cheese with reliable wine that make it great and far less rich and overblown than I may have been expecting.