Alan Dix is an author, professor, and it seems, a keen walker. His primary interest at large is how people interact with computers at large. Initially, his research has been around the physical input methods and user interfaces of the devices we use and the ways in which we engage and work with others through them. He is increasingly interested in how people might need to use technology in remote and isolated environments. 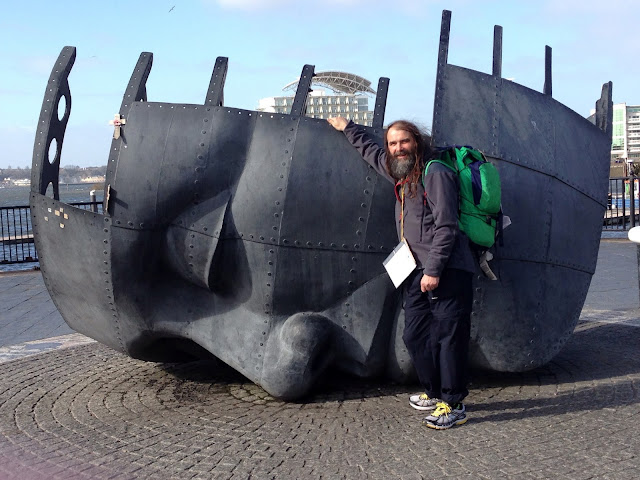 He embarked on a three month long tour last Thursday (18th April) during which time he will be walking to walk the thousand mile perimeter of Wales. The reasons are both personal and practical, whilst exploring the computing needs of walkers, and local communities he will be hoping to actively develop solutions to the problems and questions he finds. He has also offered himself up as a walking guinea pig for developers of physical computing, carrying with him various sensors, mobile computers, biometric devices and walking equipment. He is also hoping to deliver talks and workshops at community groups, schools and universities whilst travelling.

2012 Dr sketchy’s miss out of the world beauty pageant.