I got back into the British music embassy a bit later than expected (it’s taking me a lot longer to get places than  I think it should) but just in time to meet a Canadian publicist and Australian design agency director at a speed networking event. 2pm quickly comes around and the venue is packed for Gulp’s first SXSW show – for the fist gig of the day, it packs a punch with some great sound engineering in the mix. My visuals run as expected and initial feedback seems positive. Gulp’s new label manager asks if they can be put on a memory stick; sorry they can’t. A part of me was hoping she’d ask me along for the LA gig the band are heading to next week, but no such luck (one day!)

I spent a few hours that afternoon in the convention centre taking in ‘flatstock’ the annual gig poster exhibition. This is a collection of a who’s who of poster artists and designers with the big names of current poster design such as Methane studios and DKNG sat at booths hawking prints, stickers and t-shirts. I picked up a small print for burning red and got lost amongst the swathes of A2 papers and smell of acrylic ink. Admittedly much of the work almost blends into one – there is undeniably a ‘gig poster style’ which is exciting at first but does begin to feel a little generic. There were a handful of studios making some genuinely fresh work, and these really do stand out – however particular names right now escape me. I added to my business card collection (I’ve got a rather large pile which will need some serious sorting when home) and after a quick visit to south of the river on congress it was time to drop my gear off at the hideout theatre ready for the night’s gig and met the band for a pizza and glass of wine.
Having a pre-show coffee in the coffee shop at the front of the venue, the familiar faces of the Cardiff bands turned up – gruff, sweet baboo, Mr. Hawkline and Cate le bon all in the house. At least there’d be an audience!

It seems that the midnight hour wasn’t in tune with the gulp party. Gwion had to improv a drum kit without toms, Gid’s guitar didn’t have the sound he was looking for, a synth went wonky and half way through the set, I think the wound engineer accidental nudged the space that’s projector had been balancing on, sending it tumbling. I got it back up and running to a degree for the last few numbers but it did put a dampner ony last evening in Texas and the climax of why I was there. But hey – for all intents and purposes the show was a success and after bidding everyone goodbye I got back on the night owl bus out East for the last time. 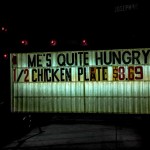 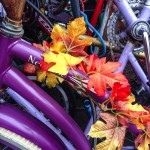 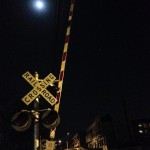