Unofficially the busiest time of the year. In the space if a month, Cardiff plays host to the Cardiff design festival, the welsh music prize, made in Roath, Swn festival, Cardiff contemporary, some of these in the same weeks! Usually on the week of Swn, like clockwork I’m guaranteed to have a cold, luckily this year I mostly got it out of the way last weekend, and just as the phenylepheriine was wearing off, Thursday evening welcomed the start of Swn with the Welsh Music Prize Awards. I arrived at the kuku club just about on time cycling through a sunny Llandaff fields from a student design presentation at Cardiff Met. After sweatily wandering into a dark sober club straight from work seemed to leave everyone a bit spaced out, so after a complimentary bourbon and lemonade, Jon Rostron and Huw Stephens welcomed everyone and Adam Walton warmed us up for the nominees. As a clip and introduction to each artist was played, the tightly packed crowd of journalists, bands, friends, promoters and fans nodded along and cheered each other on.
Georgie Ruth deservedly got the honour this year, and was genuinely surprised and excited. Wolfing down a ‘mini food’ trio of canapés, I hot footed I over to the angel hotel – somewhere I hadn’t been since a fetish themed rave in the late nineties. It’s good to see such forgotten venues with magical carpets being home to festival events. Eventually I managed to line check the projector and balance it on the edge of the stage (the only place to put it) in between HMS Morris and Chlöe Howl.
Walking round the corner to clwb Ifor bach I set up my projector and laptop just in time for a fantastic set by gulp. Their disco space pop filled the packed room with Guto Pryce’s psychedelic synth bass and Lindsey Levan’s soaring vocals. I always enjoying beaming with bands in clwb as I usually get to fill the stage upstairs with moving light, hopefully helping to produce a far more immersive experience than simply using screens. As the gig finished, I ran with asthma inducing speed around the corner to plug in, borrow Owain’s Ventolin and projected above the stage for a solid Trwbador gig in the Swn venue with the best carpet. 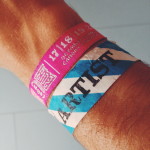 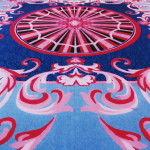 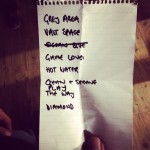 Friday, I had other commitments in the evening, but during the day, I popped into town to have a brief look at the Cardiff Open exhibition in the Castle arcade. Happening about every 6 months, it’s an exhibition made up of artists from around Cardiff and the Vale of Glamorgan, while the types of artists are varied, it does focus on the more ‘tangible’ side of art – paintings, sculpture, printmaking, photography and ceramics. The standard of the work does seem to be pretty high, and this year, I particularly enjoyed the huge lino print by John Abell with it’s beautifully primal depictions of medieval-wild welsh coal mining valley tales. Natasha Mayo’s blackboard painted clay sculpture of a hairless child holding a duckling standing in front of a large blackboard also caught my eye.

I went next door to chance at having my psycho analysis drawn by Casey Raymond, but probably fortuitously, he was fully booked. Mr Ohm at Made in Roath

Saturday saw the Made in Roath festival kick off with full steam. In its fifth year, made in Roath is a truly community led affair. Celebrating creativity in all its forms, the weekend plays host to workshops, music events, live art, exhibitions, street theatre and the hugely popular open houses, where people hold art exhibitions in their homes. In the afternoon I went over to check out ‘Inverness groove’ where there annual Roath bake off was held in spice of life, a dodgy postcard and tea room wa,  cf≈ ≈s run by the SHO gallery, and artist Richard Huw Morgan DJ’d on the street with drunken miss orderly. The duo only played records from the record shops bargain crates. Rhm or ‘Mr ohm’ focused on only playing 60’s 7-inches with messages or notes scrawled on the sleeves, whilst Zia torta matched her outfit with a music diet of 80’s rock pop and early rave.

Saturday evening I was back in clwb to visualise for fist of the first man, for what may be their last going for a while (as guitarist allun Gaffy has gone to focus on other projects). With the lights off, I attempted to pummel the audiences eyes with audio reactive geometric white shapes while Mark Foley’s deep bass melted the walls to zwolf’s compositions.

After packing up my equipment, I stopped for a quick dance to the extremely loud and deep bass of clipping. While I couldn’t get on board the MC’s lyrics, his delivery got the crowd excited and the bone rattling sub’s got us wobbling.
I caught a chunk of the Wytches enthusiastic teenage pagan rock before catching the debut full band gig by Cardiff legend Foley’s sh…apes project. Simian-esque psychedelic phrases with the best use of a brass instrument in pop music I’ve ever heard (filtered and distorted into another worldly antagonistic wall of human sound).

Sunday, although I didn’t catch any more bands, going back to town via a house on my road that was housing an art exhibition (with a unicorn sign outside), I visited Paul Granjon and his ‘Thingy Robots’ at the ArcadeCardiff exhibition space in the Queens arcade. taking residencey with his automonmous electronic friends opposite a temporary electronic salvage ‘Dynamo Wreckshop’ – a space where discarded electronic goods are dismantledand reconfigured into new configurations. the room is sprawling with the innards of old scanners, printers, VCR’s and computer parts, there’s certainly a lot of dissection going on, and I was assured that plenty of new hybrid experiments are being created daily. 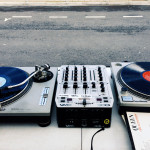 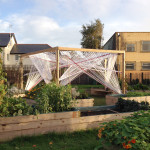 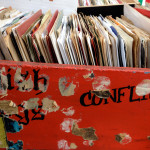 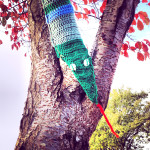 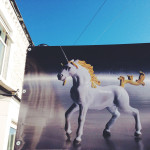 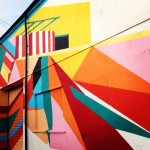 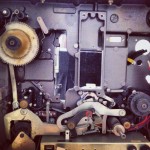 Weekends like this are what makes living in Cardiff such a delight. It’s small size means you can cover a lot of ground in a short amount of time, and you still won’t get to see everything. The city feels buzzing and creativity feels like it’s seeping out of the cracks in the pavement.

The fun still isn’t over either. There’s  the Darkened Room screening of ET at g39 to look forward to followed by the now annual Roath nocturnal walk finishing up at Milgi for a Made in Roath closing party Thursday evening.